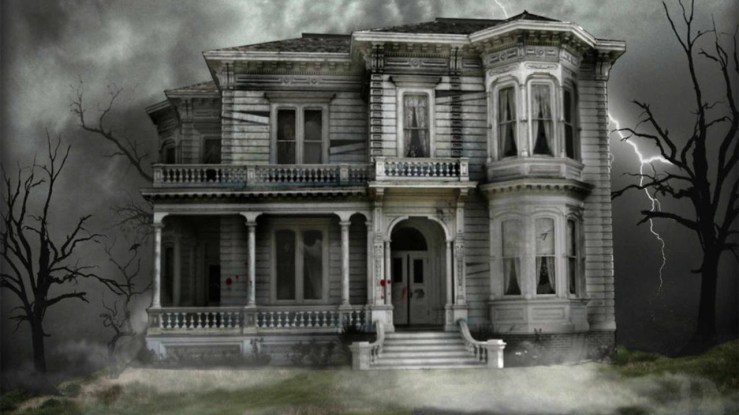 This is not the house we bought in 2016. But it might as well have been.

We bought a great property in 2016. It was just what we wanted or pretty damn close. It was in an OK neighborhood, with all the features we wanted (horse infrastructure) and at the right price. It was a dump. It had not been taken care of but it was solid in its bones and all we had to do was fix it and update it.

So that’s what we’re doing. First thing we did was have the roof and windows replaced. The roof was as old as the house. Thirty one years old. It was shake shingle and it looked like it should be leaking like a sieve but fortunately it wasn’t. The windows were also as old as the house and had obnoxious dark screens on them. Maybe to keep out the summer heat? Who knows? All they did was keep the light out. The interior of the house was  very dark and cave-like and it didn’t help that the walls were painted a “sophisticated” dark taupe. Which we subsequently covered up with a nice creamy white. Creamy white = good palette for everything else.

Fixing the roof and windows made a huge difference. We bought windows are highly efficient, insulating and triple pane and the roof is what’s known as a reflective “cool” roof. While the roof was being replaced we had extra insulation added in the attic. This has made it a lot easier to heat and cool the house. It gets pretty hot here in the summer so that’s mandatory. It doesn’t get very cold here in the winter but it’s nice to be able to heat the house with our  wood stove. So we do and it is nice. We have low utility bills. And wood is plentiful here. We just go down to a local orchard and get seasoned almond wood for cheap. Like $74 a half cord.

Here’s another thing we did. We traded the old, inefficient, non-EPA certified wood stove replaced for a new one free from a San Joaquin Valley air quality program. With all the bells and whistles. Ok No bells and whistles but Canadian and pretty darn good.

While all that was in process we removed  the popcorn from the ceiling in Marty’s office as a test. Did I mention I hate popcorn ceilings? I think it’s like living in a scrubby pad. Yah, popcorn is easy for the builder by cracky. Making a smooth plaster wall is not for the faint of heart, I tell you. We tried it. Hard, I tell you. Impossible as a matter of fact. I had seen it done years ago. I had even done a bit of it years ago but I guess I had not done enough to really know.

Getting the popcorn off was easy although unbelievably messy. First, we had it tested just to absolutely make sure there was no asbestos in it. Before 1977 they might have made it with asbestos. Ours had no asbestos. If there was  asbestos in it the only thing we could have done was to have it removed by specialists for about a million dollars or leave it alone and or cover it up. By the way, did I say removing popcorn is easy? Lay down a tarp over everything! Squirt the ceiling with water. Wait a bit. Scrape it off. Drag the heavy tarp full of popcorn out to the trash.

And did I tell you I love smooth plaster walls? I believe I did. Since I thought I knew what I was doing we tried to do it ourselves. We bought everything and started. We quickly became over whelmed. We did the whole room and stepped back and pronounced it bad. Bad to the bone. So we hired a professional to fix it. The professional plasterer showed us how making a smooth plaster wall takes forever. You have to get the surface immaculate. Then you do your first skim coat. Then you let it dry. Then you sand. Then you plaster. Then you sand. Then you plaster. Then you sand (how many times can I type that?) And then in 2 years your drywall nail holes start to show because of settlement and earthquakes and what not. The plasterer talked us out of smooth walls. Boo Hoo! He talked us into knock down texture on the ceiling and walls. Boo Hoo! It cost a lot for him to do that. What an education!

Now I have to live with popcorn ceilings throughout  the whole house. Boo Hoo!

This is why flippers have an advantage. Have you seen a show? They GUT a house, I tell you. Now I know why. If you take everything down to the studs you can fix the plumbing. You can rewire. You can start with new sheet rock and plaster the right way. You can rearrange the kitchen. You can take out a wall. Etcetera, etcetera, etcetera.

If you don’t do what the flippers do you are at a huge disadvantage. The house dictates what you can or cannot do. The house is the boss.

Now we are tiling the bathroom floor. We bought everything and then when laying the tiles out we find that the floor is not flat. Whaaaat? Another thing about flipper TV shows. They make it look so easy and fun! When you watch the flippers and you haven’t paid close enough attention or you don’t have experience I will tell you they leave a lot out. They leave out things like this: to tile you must have a completely FLAT floor. We find out that in an ordinary house the slab will not be flat. Like who cares when they first built it? Slaving over getting it flat is time-consuming and expensive. So guess what the original builder does? He covers the floor with vinyl and carpet. Close enough for government work!

Tile will teeter totter on a floor that is not completely flat and will eventually break. Now we have to remove the linoleum and do a bunch of stuff first. No getting right to the excitement of laying tile. Let me tell you removing linoleum is hard! It’s stuck down good and here we find 2 layers of yucky old linoleum. But we are game. We are going to do it. The house will not win this one.

Tracy Kidder wrote a book called “House” about the building of his dream house. There also is a movie called “The Money Pit” but, of course, that was Hollywood and not realistic.

Just start remodeling your own house and you will be able to write a story of your own. It’s guaranteed.

8 thoughts on “The Flipper’s Advantage”

I write for these Ogden publications